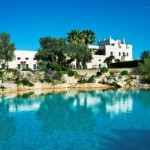 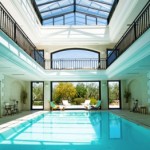 In the Puglia region, the “masserie” were large agricultural centers for farming the land and preserving farm produces. Several buildings were used for the working of farm produce.
One building was the house for the “massaro’s” workers and was -occasionally- used by the owners as their residence.
The historical main building of the Masseria San Domenico dates back to the XIV century and was used by the Knights of Malta, whose main center in Puglia was S. Stefano, as a watch tower against Saracens’ attacks.

After a careful restoration, completed respecting the old shapes and the original building materials, the tower was converted into a 5 star deluxe resort whose charm recalls the history of the region, a land where Eastern and Mediterranean cultures have flourished together.

(Please remember to give LesbianAccommodation.co.uk a mention if you are booking directly with the venue)