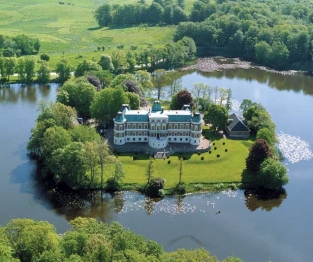 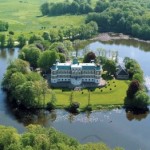 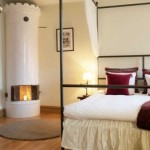 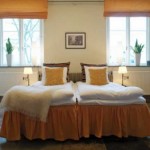 In historical records one finds Häckeberga mentioned already in the 14th century. Scania was Danish at the time and among owners you find Danish names as Niels Nielsen Brock, Niels Mogensen Hak and Holger Ulfstand. The latter is referred to as the “King of Scania” or “Rich Holger”. His son built the church in Genarp during the 16th century.

Beautiful surroundings
Häckeberga Castle and the surroundings have always been highlighted in literature. As an example the well-known Swedish botanist, Charles von Linnaeus, described Häckeberga in year 1749 as the most beautiful they had seen so far on their trip around Scania. The current castle is built in the 1870s in French Renaissance style.

(Please remember to give LesbianAccommodation.co.uk a mention if you are booking directly with the venue)