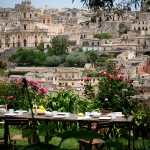 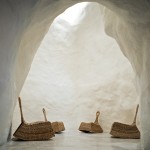 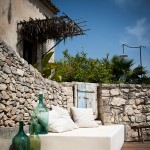 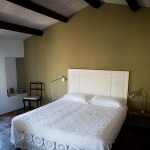 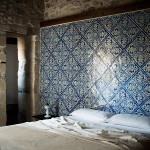 Talia is a full portrait of Sicily!

Talia, or ‘look’ in the local language, despite the general air of understatement of the stone walls, inside it’s elegant and sophisticated in a way that one doesn’t often expect from rustic and rugged Sicily – it is unmistakably upscale!

The feeling can be reminiscent of Morocco atmosphere of the compound’s interior. It’s quite normal to see minimalist modern furniture against the background of this kind of stark stone architecture, almost baroque pieces.

Talia lies in Modica town’s highest point, nearly appearing as looming over its citizens, with a dramatic view of one of Sicily’s most extraordinary Baroque churches, the Chiesa di San Giorgio. Like many other local buildings, it is made from a beautiful honey-coloured stone – at sunset, the town turns as pink as a prawn.

In Modica, as in the rest of Sicily, time has stood still like nowhere else. There is the sense that it’s not really part of Italy or indeed anywhere else – it’s a place that represents all of cultures. It has been affected by Africa, very strongly by the Arab world, the Normans, the Romans and the Greeks. There is nowhere better than Modica to see such cultural contrast with the rest of Italy!